Living Willow Dome at the Smithy

Back in the spring of 2002, a Living willow dome was started off at our Community owned Smithy site. Weed prevention sheeting was put down, bark on top of that, the shape of the structure was laid out with larch logs, and local osier willow slips were planted along it’s edges. 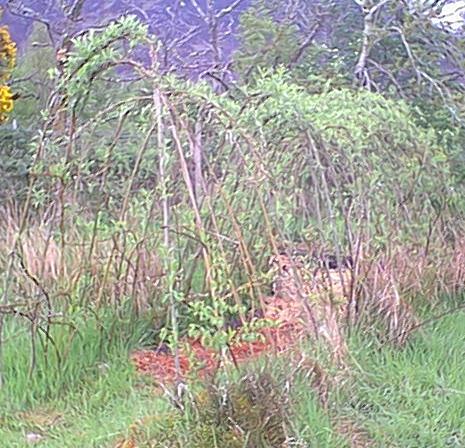 It took volunteers a couple of sessions planting to get the slips to take and grow, but my May 2003, there was enough length to form a tunnel and dome shape. More mulch was laid down in the form of sawdust from our local wood turner. 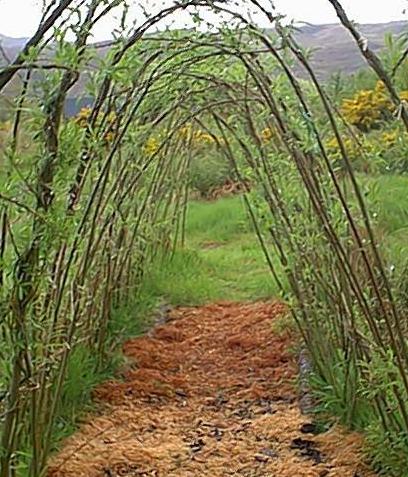 The dome has been a feature on site, much loved by young and old alike, with storytelling sessions, games, and activities being held in there by many groups and individuals over the years. There was a five year spell where little maintenance was done on the structure. More recently a couple of volunteers have been trimming and re-weaving in new growth on an annual basis. Unfortunately there are deer roaming freely on site, and deer fencing not a practical option at this stage in the sites development- plans are still being drawn up for the next phase to maximise use of the whole site. The deer love to eat the lower leaves and bark of the willow, this has left the structure top heavy and brittle with gaps in the walls.

So this week, as part of the High Life funded 2013-14 Adult education programme, resolving some of the structures problems was the challenge of a workshop about working with Living willow. The session was led by Vicky Stonebridge and achieved a lot despite the wet weather.

The idea was to get some hands on hurdle making practice, to plant up right stakes, try some different weaves & patterns, and ways of securing, tying off willow using willow rods rather than string. It was agreed that a good way to protect the structure from the deer would be to create a double wall, a dense outer wall will protect the inner layer & allow it to regenerate. It takes a lot of willow to build up the hurdle height, but a lot was still done in a couple of hours. This is something that volunteers will be able to continue working on as time and materiel’s allow. Hopefully we will run another workshop session again soon to further develop willow working skills, I wonder how this structure will look in another ten years from now ?! 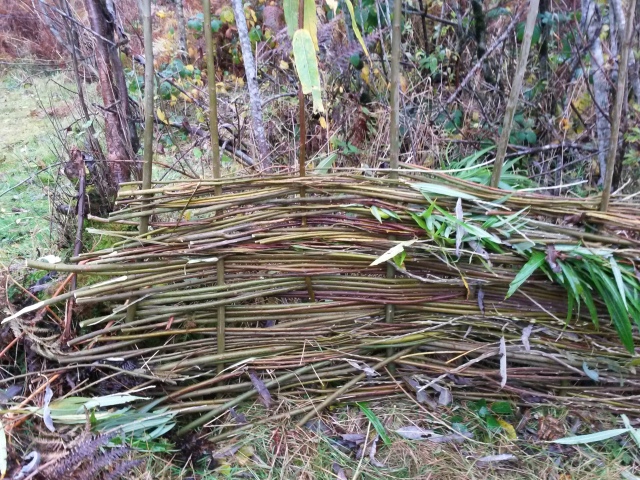 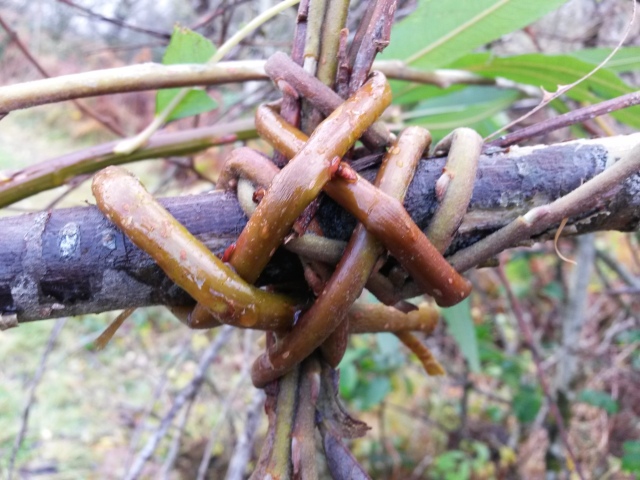 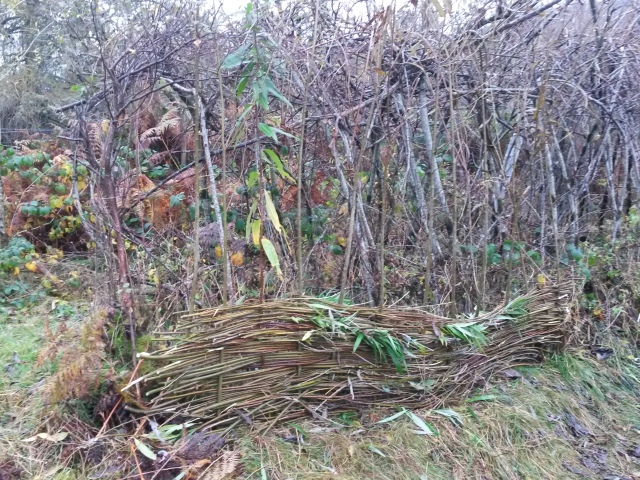 1 Response to Living Willow Dome at the Smithy